Unless you’re a connoisseur of good beer – of which more soon – you probably haven’t heard of Bamberg. It’s not the kind of place colour supplements drool over: there’s no palm-fringed beach, it lacks a Ryanair flight and it’s in Germany, a country still little known or appreciated by much of the travel press. What this lovely Franconian city does have is a gloriously complete Central European townscape, as perfect as a pocket Prague and with the Unesco World Heritage status to prove it. 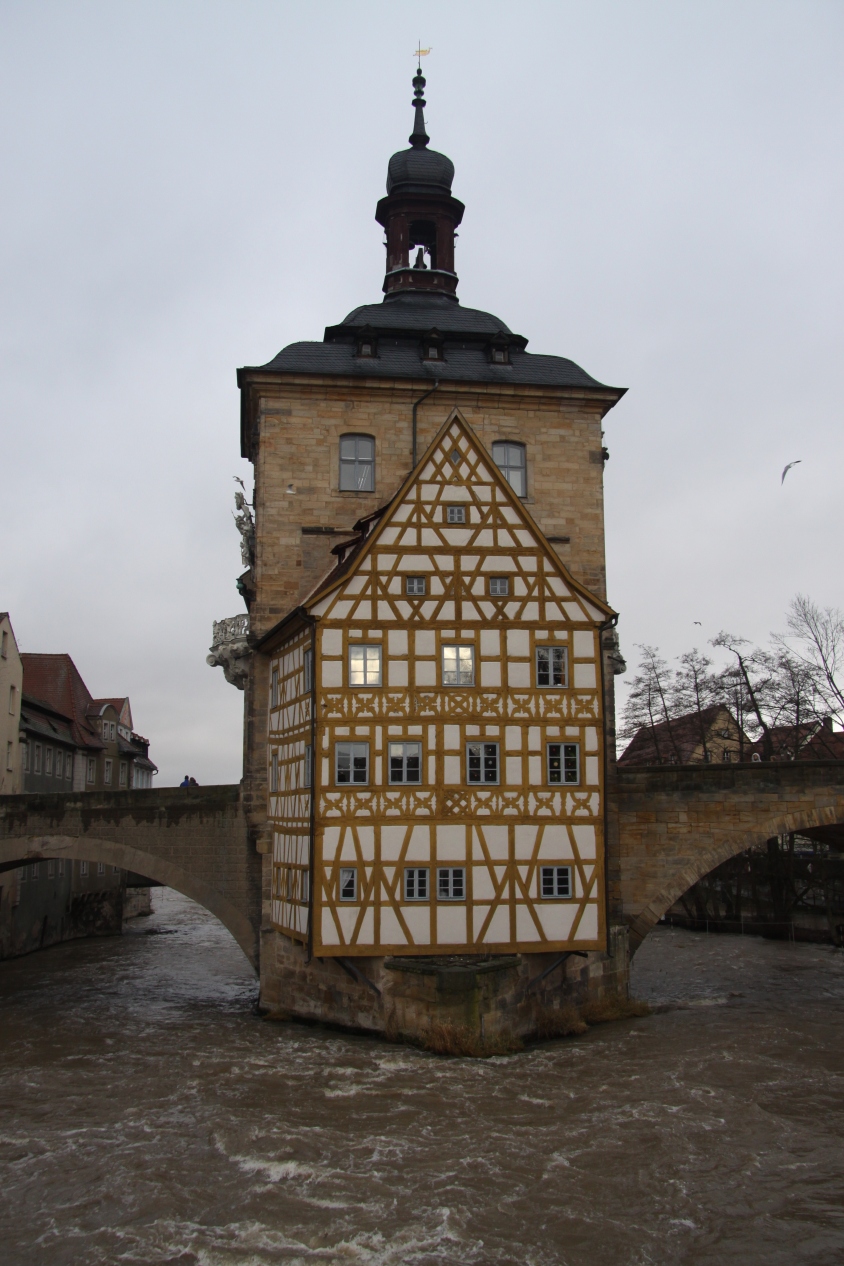 The foaming brown waters of the Regnitz swirl around Bamberg’s old town hall, but if the mid-river site looks precarious, in practice the building has proved its staying power; the oldest parts date back to the fifteenth century. 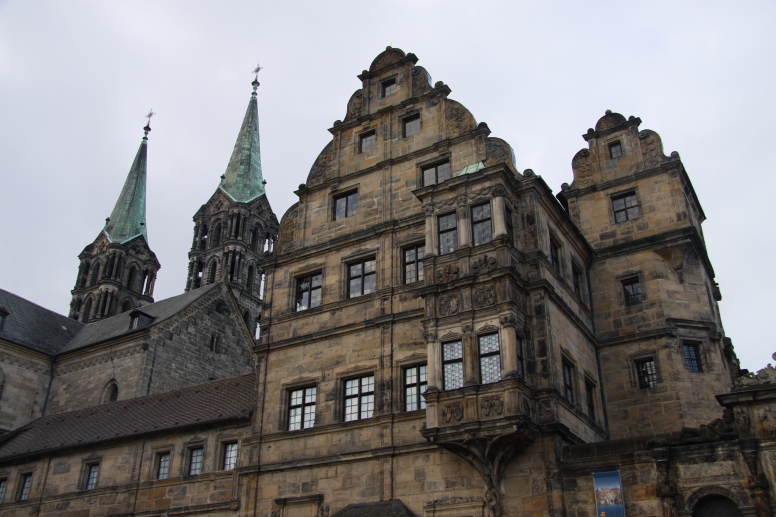 Not even a grey winter’s day can rob Bamberg’s showpiece cathedral square of its looks. The city was for centuries an independent prince-bishopric, and this square was its nexus of ecclesiastical and temporal power. 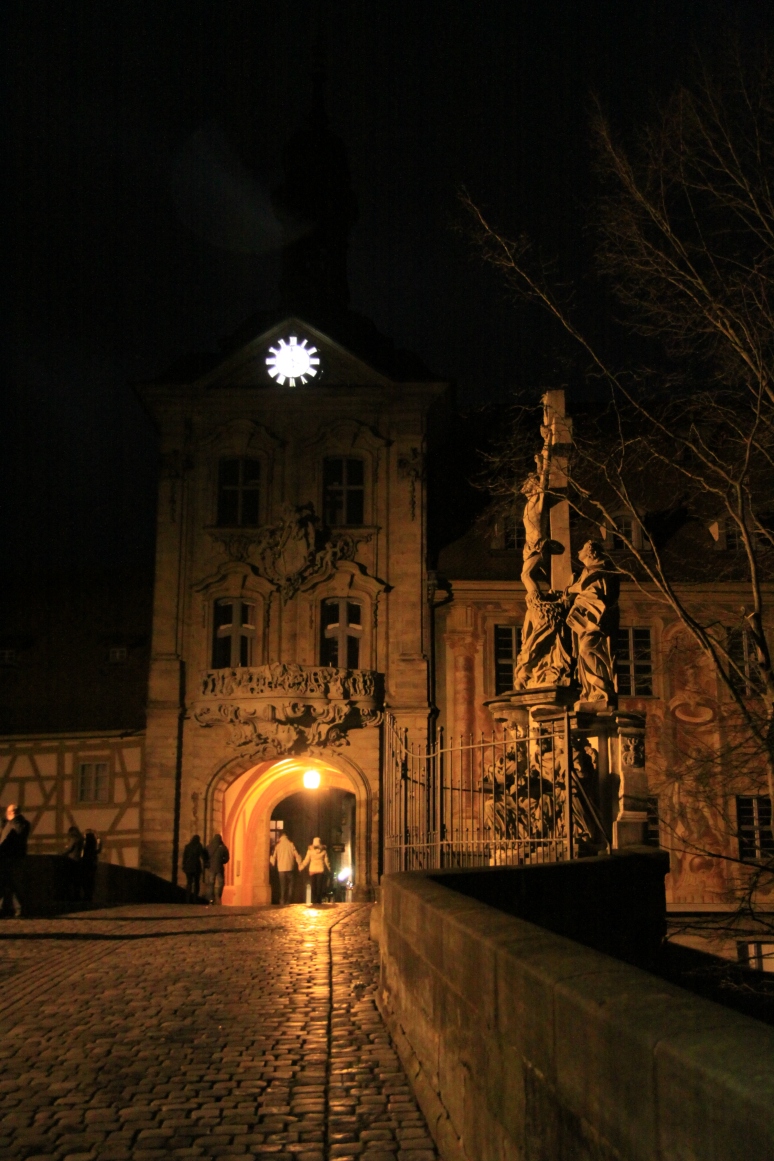 Elaborate baroque wall paintings and bubbling stonework adorn Bamberg’s old town hall, but the building is much older than its outward appearance suggests. 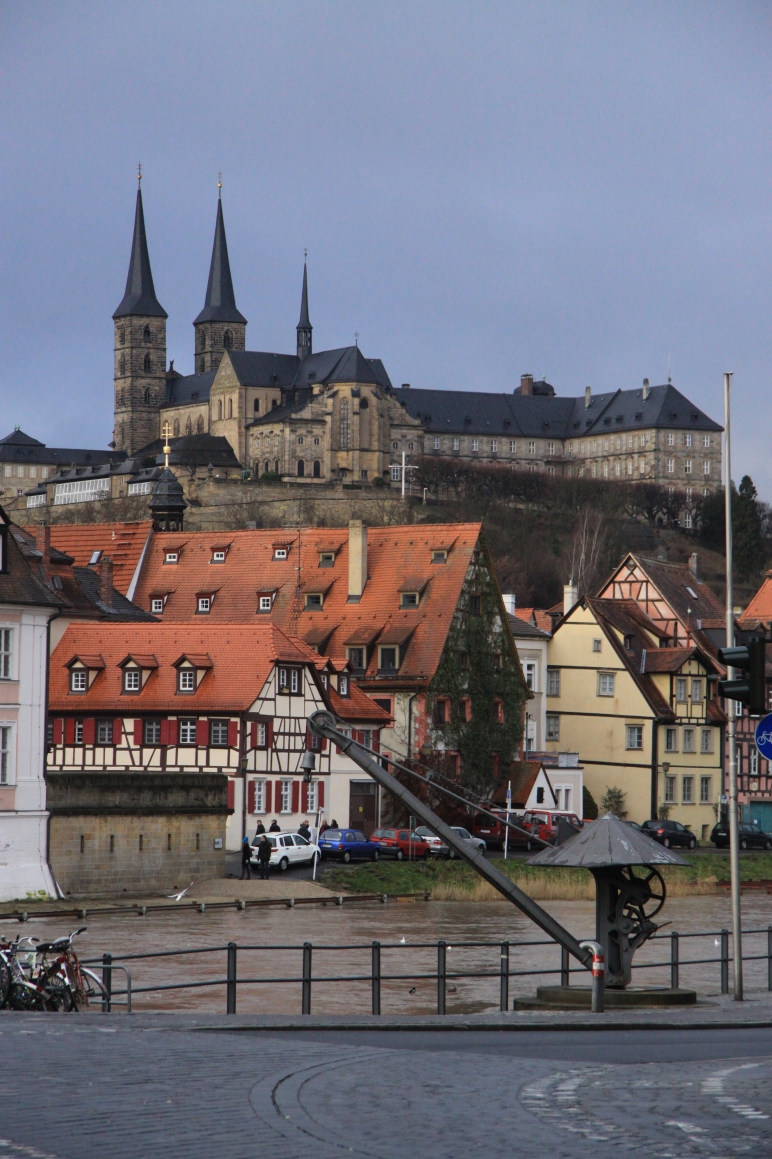 Rivalling the cathedral for dominance on Bamberg’s skyline is the former Benedictine monastery of St Michael, commanding a hilltop site with sweeping views over the city. 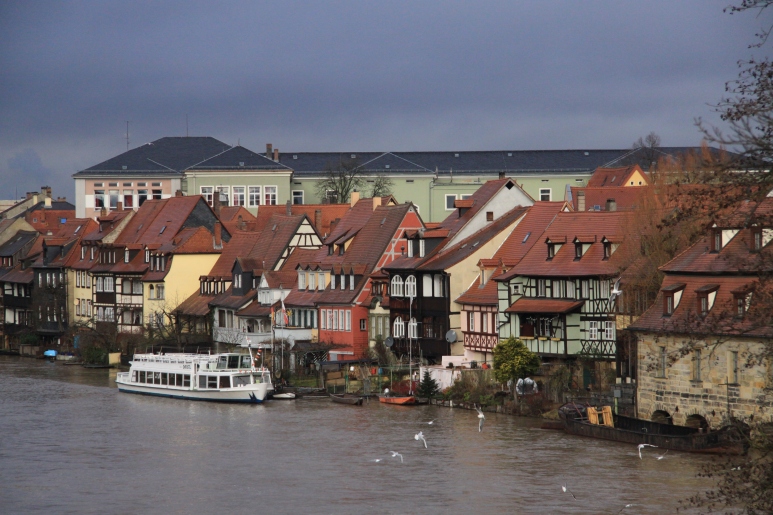 The medieval fishermen’s houses of Klein Venedig (Little Venice) line one side of the river Regnitz. 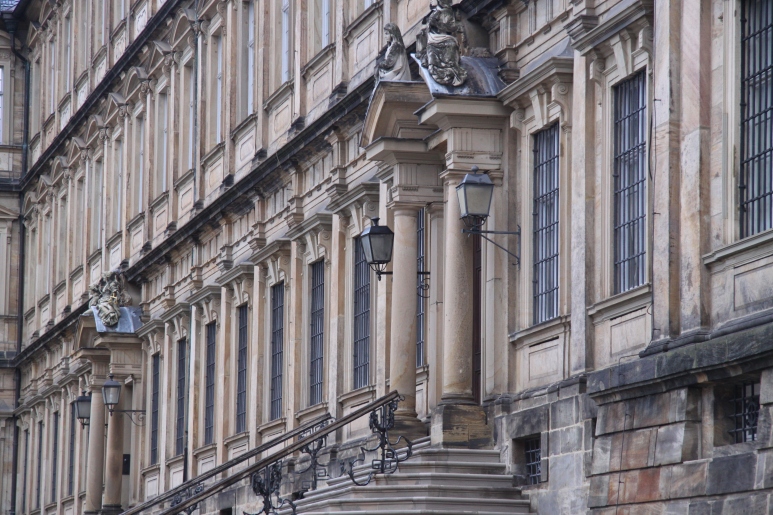 Bamberg’s baroque bishop’s palace was the work of Leonhard Dientzenhofer, one of a distinguished Bavarian dynasty that also supplied Prague with some of its most celebrated architects. 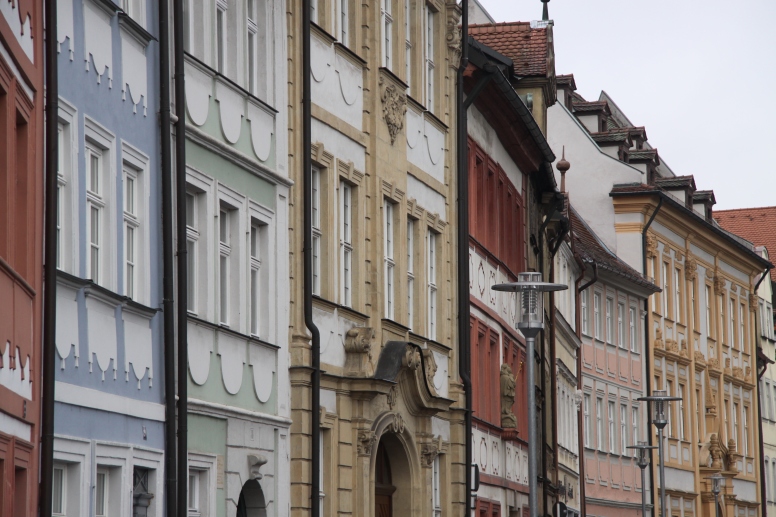 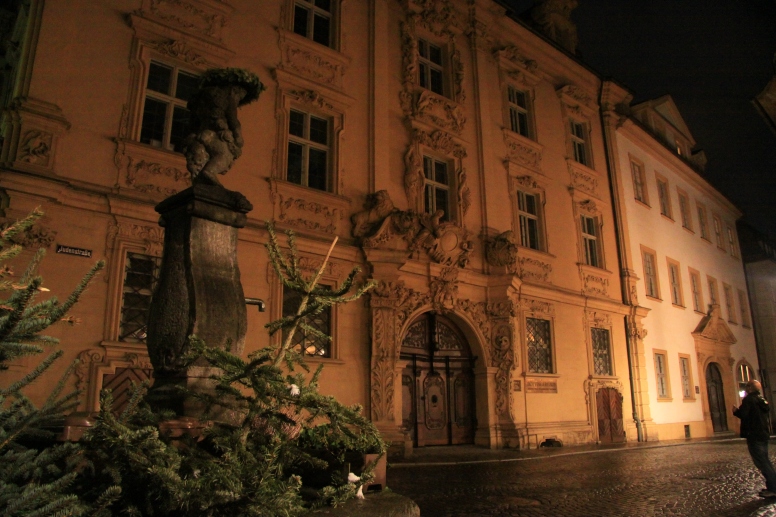 The city has some magnificent historic townhouses. The outrageously florid Böttingerhaus was built in the early eighteenth century for the privy councillor and elector Johann Ignaz Tobias Böttinger… 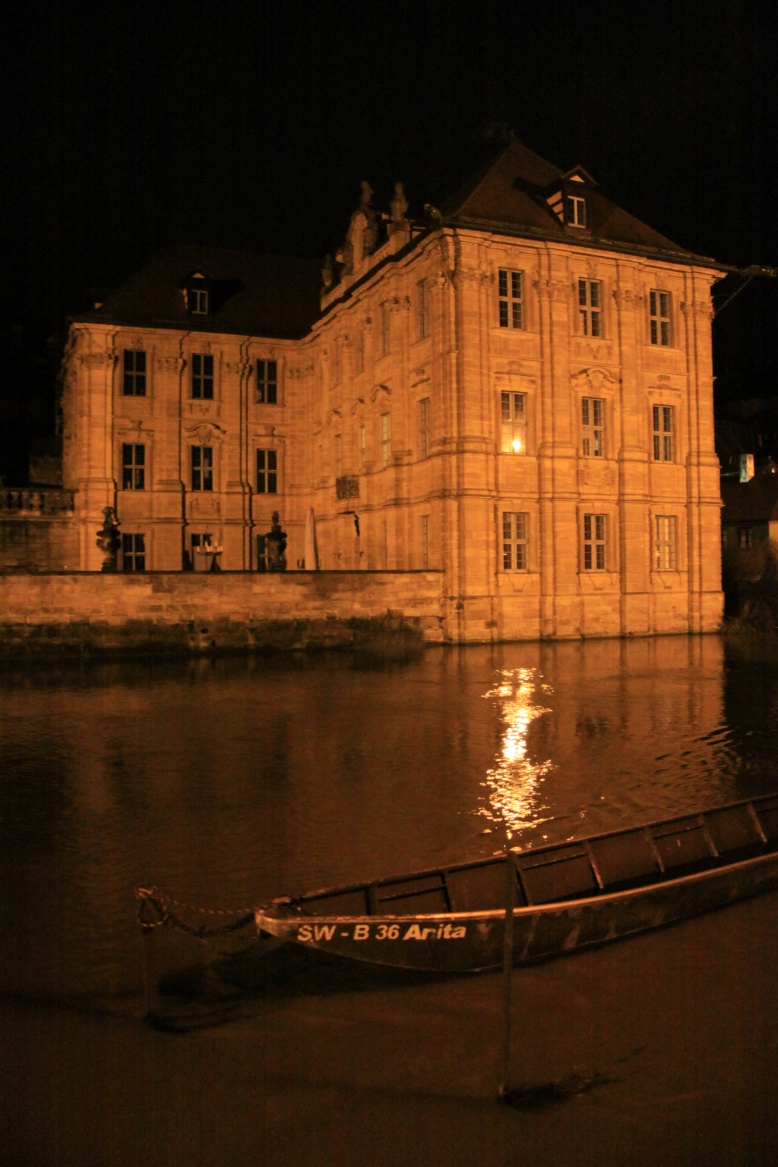 …who also commissioned the lovely Concordia water palace just a short distance away. 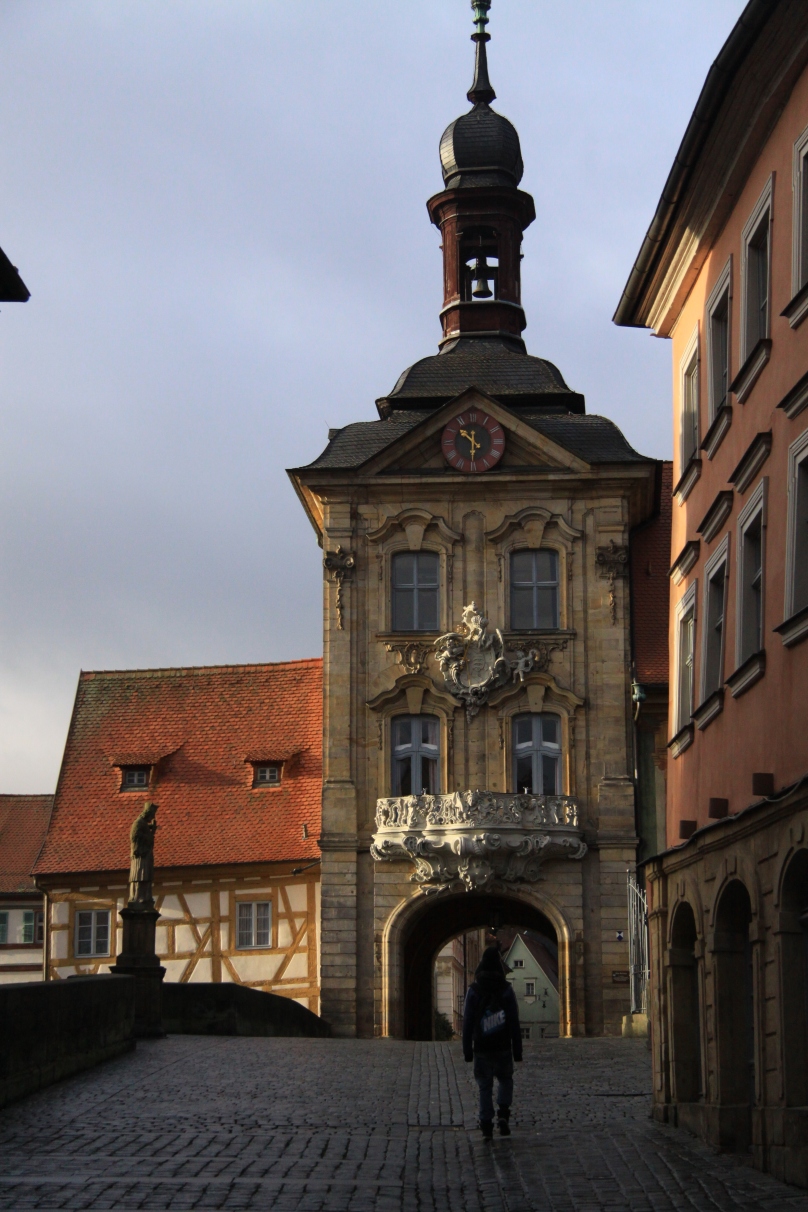 Finally, two more views of the Altes Rathaus – from the Inselstadt side of the river… 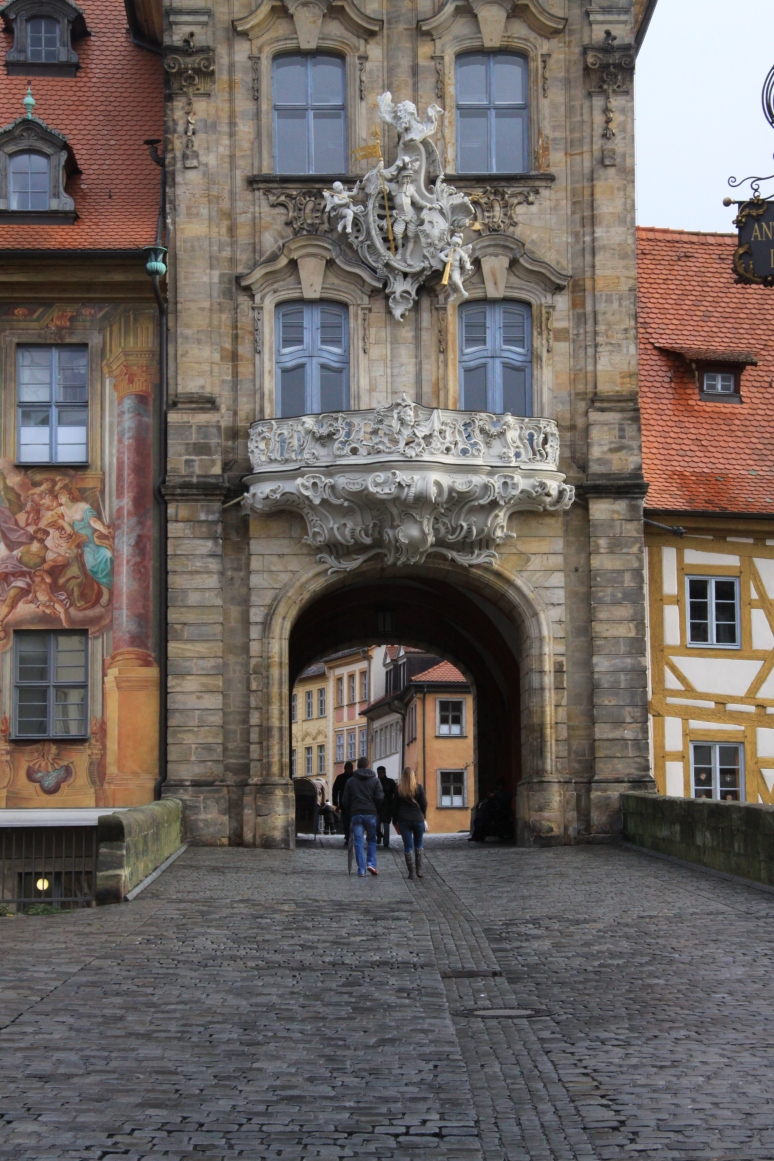 …and from the opposite, Bergstadt side of the river

Practicalities: the nearest international airport to Bamberg is at Nuremberg, which has direct flights from London Gatwick and Stansted. From Nuremberg, high speed ICE trains reach Bamberg in around 35-40 minutes.

Stay: The St Nepomuk (www.hotel-nepomuk.de) is slick and built out across the river, but how could you resist a fine old hotel by the name of Messerschmitt? (www.hotel-messerschmitt.de)